My nephew has very specific preferences when it comes to quilts. Years back he asked me for a quilt based on Marvel Comics characters. It was a challenge then because I hated the licensed fabric and after much thought settled on a version I could stomach. However he loved it and uses it to this day. Did I tell you he is my favorite nephew. :)

When I moved to Seattle I decided to make him a big boy quilt now that he is much older and my quilting skills are a bit more advanced. He immediately said he would like a Seahawks quilt. Deja vu all over again. I dislike the Seahawks licensed fabric. I bought some but it just lay around as I could not think of anything that I'd rather make. Finally I decided to ditch the idea and go a different route. In the meantime I gave him a raincheck. He did not know what a raincheck was but looked it up and reminded me ever so often that he is still waiting for his quilt! 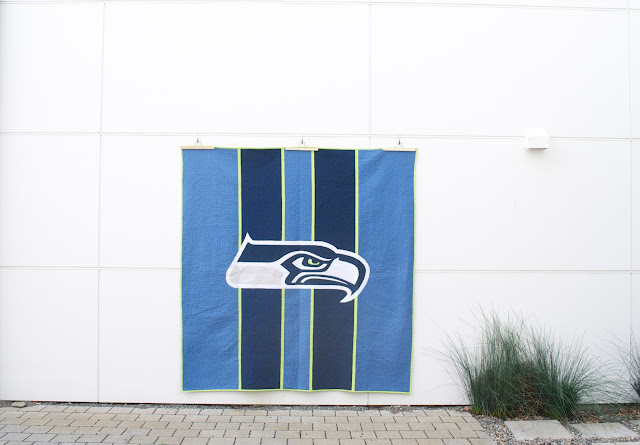 Finally three years later I am ready to give it to him on his 11th birthday. I started with a small coloring book image of the Seahawks logo and enlarged it  by 400% at Kinkos. Then I used that to make the image. The Kona cottons that match the Seahawks colors are:


Took a lot of patience and accurate X-Acto knife skills. :) 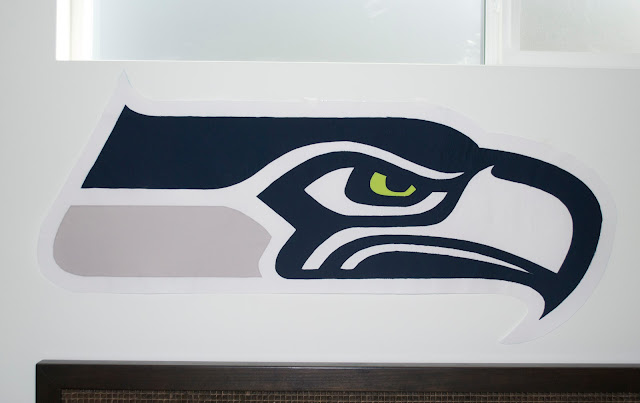 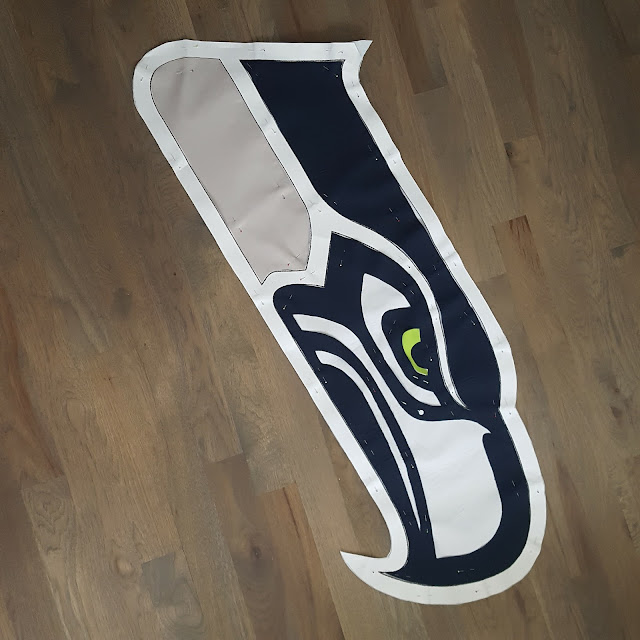 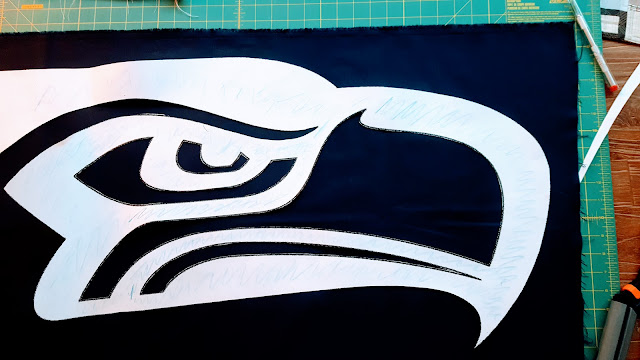 I ironed the fabric on to Pellon fusible interfacing, which made it easier to handle and could be cut with a lot more accuracy.

Once I was done with the logo had to think of what to put it on. I happened to see a banner during one of the football games on TV and decided that was the way to go. Needed to quilt the background first and then stick the logo on it. The navy fabric is really hard to photograph indoors so please bear with the off-color pictures, in some cases. 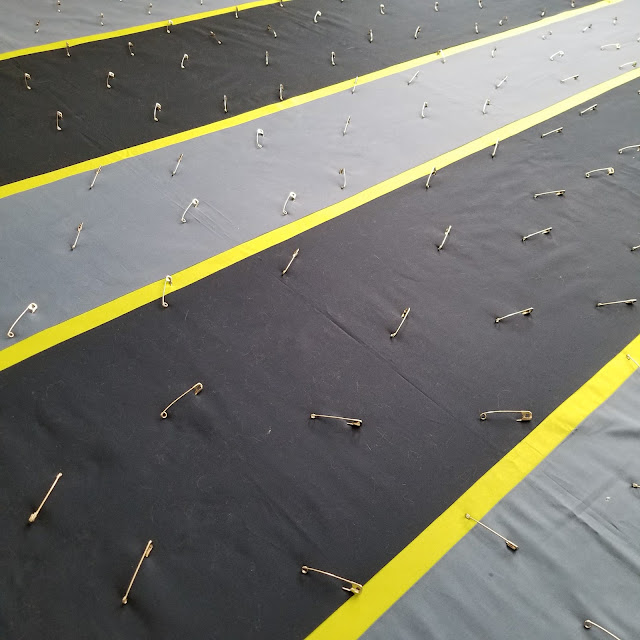 For the backing I used up all the Seahawk's licensed fabric and the leftovers from the front. Abby was having a field day helping me! 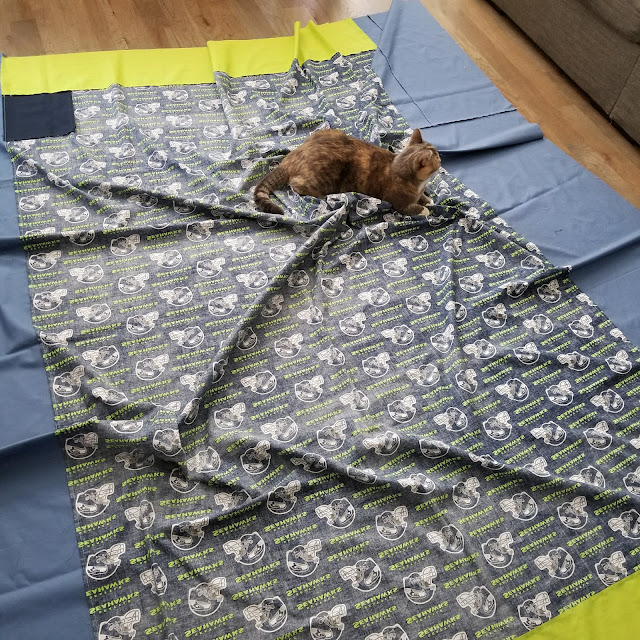 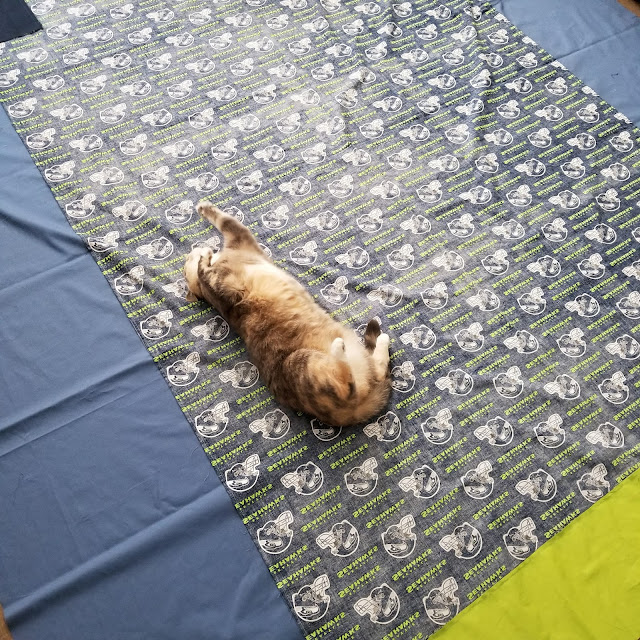 For the quilting I got a bit ambitious and decided to quilt little footballs. Experimented with a few versions of the ball and finally settled on one. I made a little template so I could quickly draw it before quilting. This took a while especially since the quilt is 80" x 86" in size. 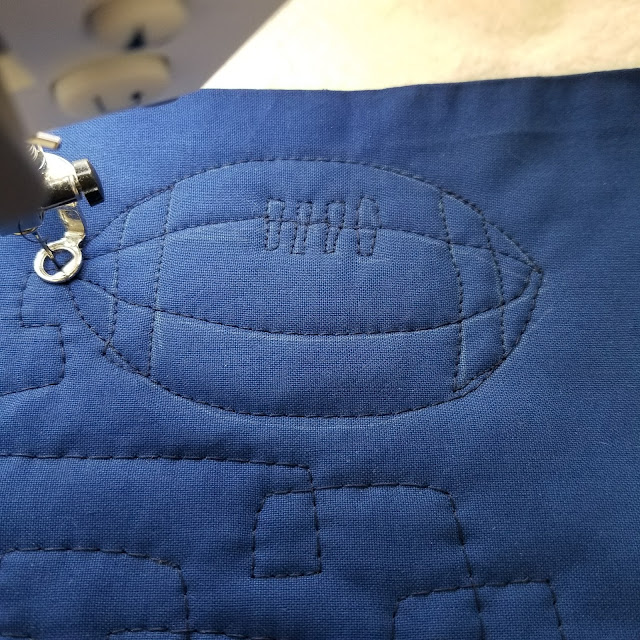 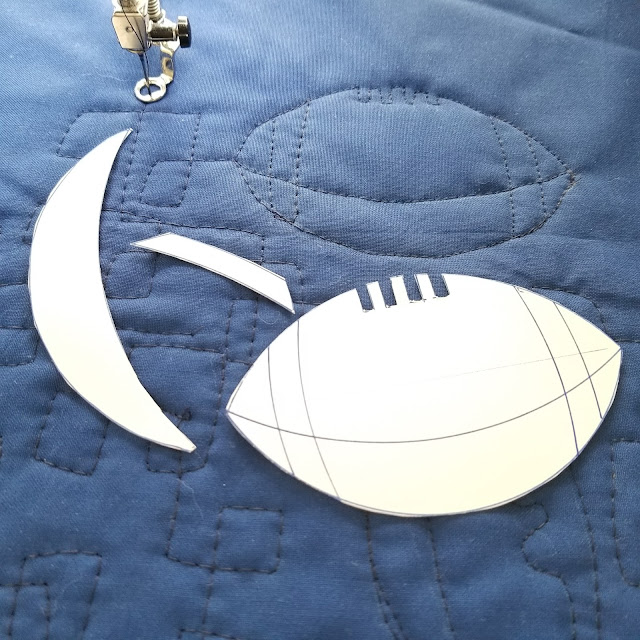 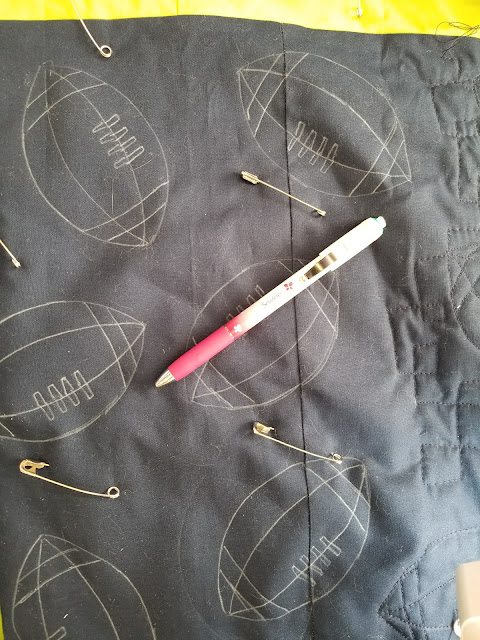 I only quilted the Navy blue sections with footballs for the rest I used a meandering square pattern. I even quilted his name and no. 12 in one section. Once again the blues are really hard to photograph from up close, not to mention the Navy really shows all the lint from the batting. 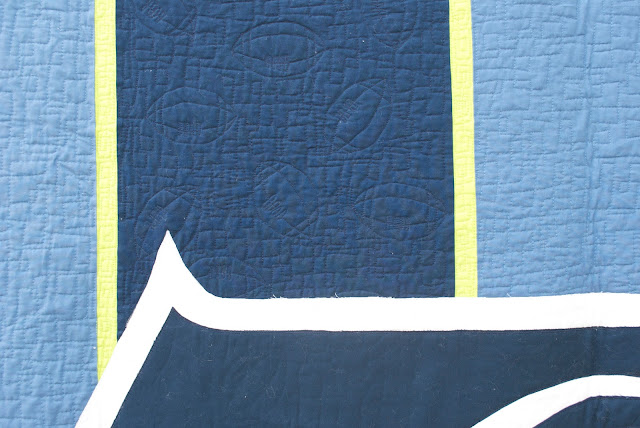 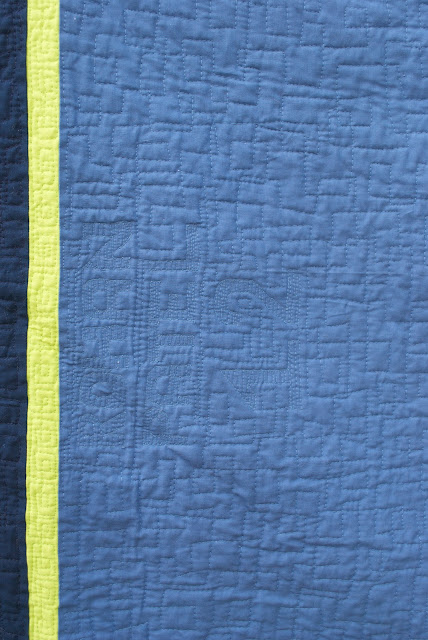 Finished it with Chartruese binding, a label and an encouraging message for the true football fan! 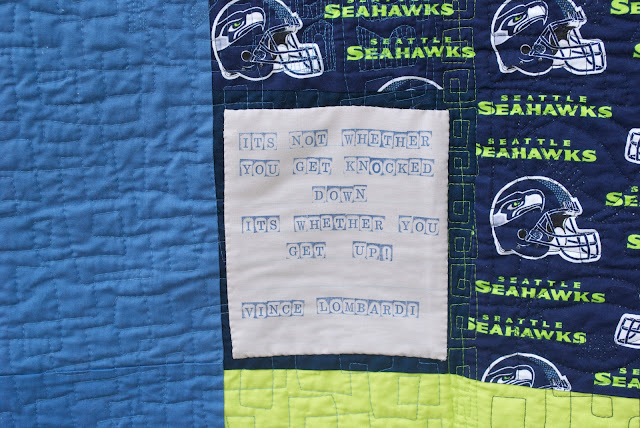 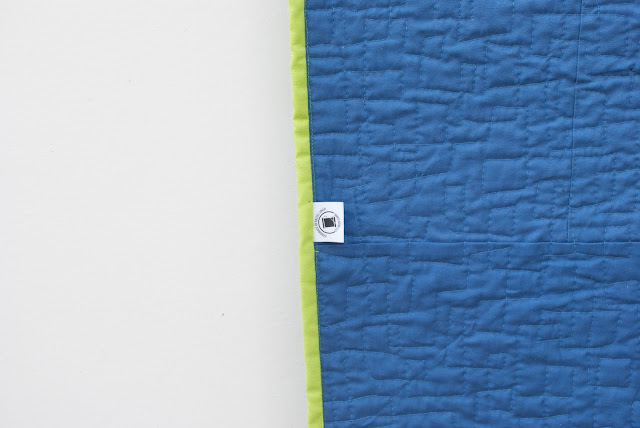 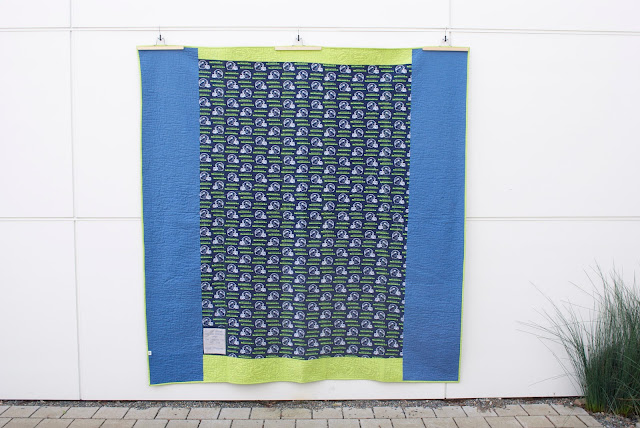 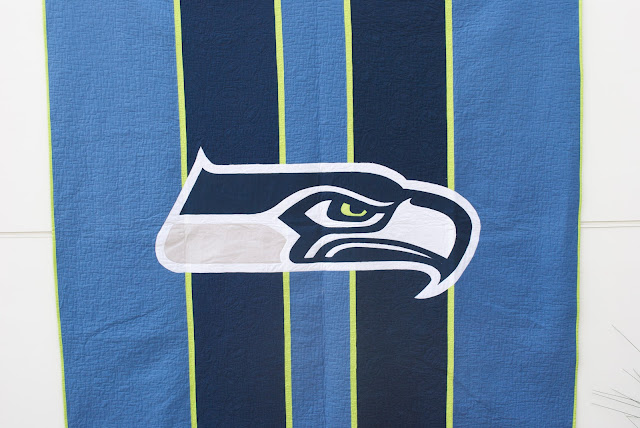 Thanks for reading along. It has been a while since I have finished a quilt, it feels good to get this one done! 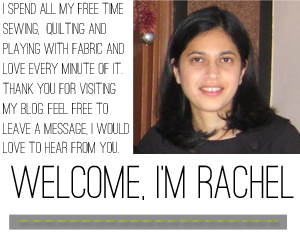